We Hold These Truths To Be Self-Evident

“This one incident can cause the public to lose respect and overshadow the good work, the hard work, done by thousands of officers every day,” Harwell said.

In October last year, Franklin Brown and Eric Walters pleaded guilty to deprivation of rights under color of law.  The DOJ took the case from the state and the officers reached the plea deals through federal prosecutors. 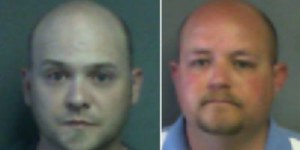 It happened in April 2013 in Marion, South Carolina. Eric Walters was patrolling when he saw Melissa Davis walking out of the yard of a home for sale. He asked her what she was doing, thinking she might have broken into the home. He tased Melissa because she did not quickly respond. While on the ground, Walters ordered Melissa to put her hands behind…