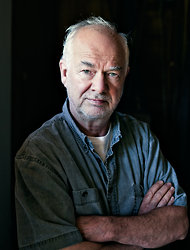 In a better world, there’d be no reason to write this.

In that world, plastic bags would be outlawed,

Ford F-350s and the yogis in yuppie neighborhoods

would stop believing that a hybrid SUV could save the planet.

But that’s not the world we live in.

Unless humanity breaks through the denial,

unless we start to get angry—fuckin’ angry—

then we won’t ever be able to accept the challenge

at hand. We won’t ever be able to rise up and face

our planetary reality … we won’t ever be able to fight …

and we won’t be able to win.

IF you haven’t finished your holiday shopping yet, don’t bother. An Adbusters message on holiday overconsumption has been mostly ignored, unlike its campaign a year ago that led to…